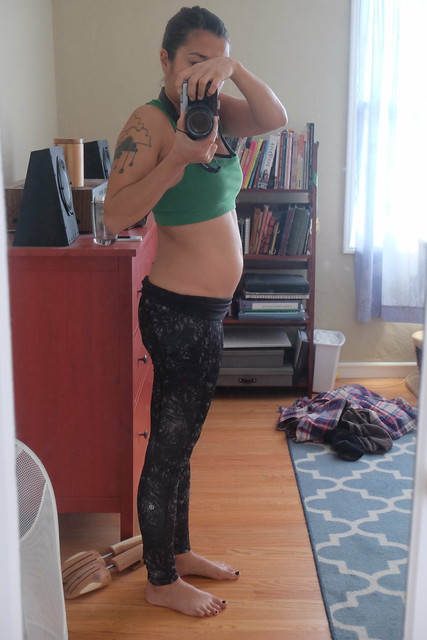 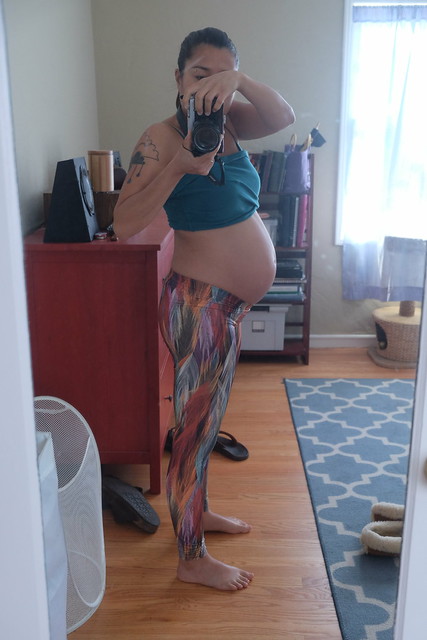 Even at this stage I remember feeling bloated and fat. I was still having the occasional bad headache. It was around this time that I told my team at work that I was pregnant, and I also started going to the gym and yoga again after taking 2 months off because of feeling shitty overall. In fact, the last time I had really exercised was running two 5k races (one in San Antonio while I was at RubyConf, and one in Berkeley) at the very beginning of my pregnancy.

Dude! What a difference 3 months can make. There’s about a 15 pound difference between the two photos. My major complaints have been shortness of breath, feeling extremely hungry and extremely full simultaneously, and trouble sleeping through the night due to painful lower back and hips. I’m proud to say that I have managed to continue working out at least twice a week and yoga most of those weeks too. It really takes it out of me though. At this stage the baby is a little over 2 pounds. It’s hard to believe there’s a little human in there!