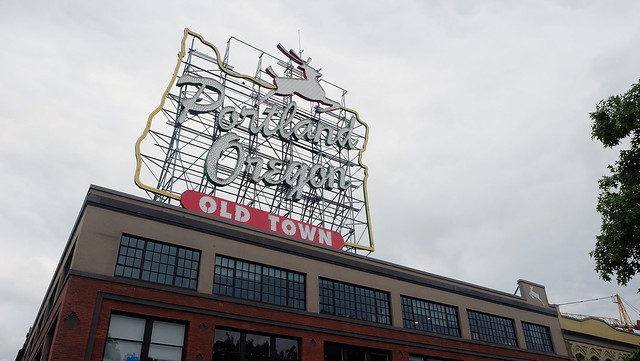 Last month we took a weekend trip to Portland, Oregon. Bob had visited Portland back in his wild, early 20’s on a roadtrip from Charleston to Vancouver. I had never been, but have been told for many years that I would love it. Turns out they were right. I’ll break up this post into where we stayed, where we drank and where we wandered.

The first two nights we stayed at the Silver Cloud Inn. This is a bland, mid-range hotel in the northwest neighborhood of Portland. There’s nothing flashy or trendy about it. Nobody tried to sell us upgrades or acted fake interested in our well-being. It was great! They let us check in early, the room was clean and well-maintained. Everything in the room worked, there was free coffee and complimentary breakfast. Overall a good value and a nice location near NW 23rd St. where there are a lot of shops, restaurants and bars. The neighborhood was very laid back and relaxing.

Contrast this with our next two nights where I splurged on a standard room at the Ace Hotel in downtown Portland. I had heard good things about it, especially the one in NYC, but I imagine each location is very different. The one in Portland seemed to be set up as more of a hostel/dorm/backpacker’s haven (although for the price I can guarantee there are better places to stay for young wanderers). It was $100 more a night than the Silver Cloud, and our room was smaller, there was no free coffee (probably to coerce people to visit the Stumptown downstairs), nowhere to sit other than the bed and a single classroom style chair. In the middle of our stay, they changed the locks on our room without telling us so we only found out after a day of walking around and coming back to our room and discovering our keys no longer worked. Maintenance had to come and change the locks again. I have no idea why they decided to do that. All I can think of is that they do this when guests check out in case they’ve copied the key. And for some reason they thought we checked out? Anyway, card keys seem to be much more convenient and less hassle, but to go with their aesthetic they’ve decided to use regular keys and change them every single time people check out. So that was annoying. Cute art in the room though. 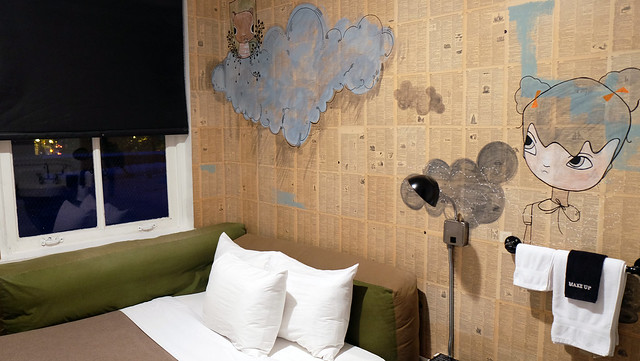 As we drove into the city from the airport in a taxi, Bob called up some breweries and arranged for us to go on a brewery tour through a company called Brewvana. They picked us up straight from our hotel in a funny short bus decorated with brewery paraphernalia. There were about 10 other people on the tour, all pretty much from the SF Bay Area. Our tour guide April was a very knowledgeable social geography PhD and this was just one of her many jobs. Having many part-time jobs seems to be quite common in Portland.

Well, I had no idea before this trip, but Portland is home to the highest number of breweries per capita in the entire world. Our tour only took us to three, but doing a search on Google maps showed many more (and we visited more on our own later).

First we went to Old Town Brewing. April handed each of us a little booklet with some basic facts about beer and brewing, and it had some pages for us to take our own notes. You can tell by the quality of my notes that as the tour went on, I cared less and less about writing and more and more about drinking. 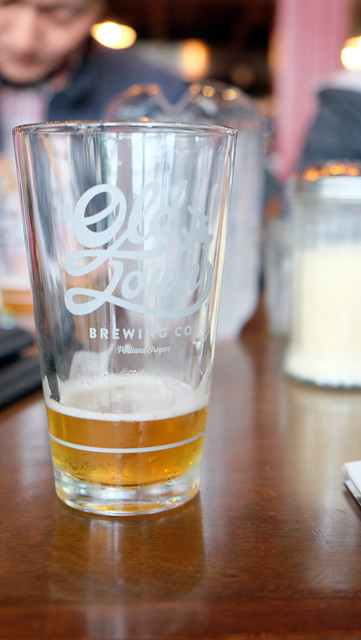 Second we went to Ecliptic Brewing where we got some good eats. No scratch that - some really good eats. We each got a Brewvana glass to drink our Ecliptic beers in too. They had an awesome space/stars/planets/galaxy theme going on. This was when I started to feel pleasantly drunk. 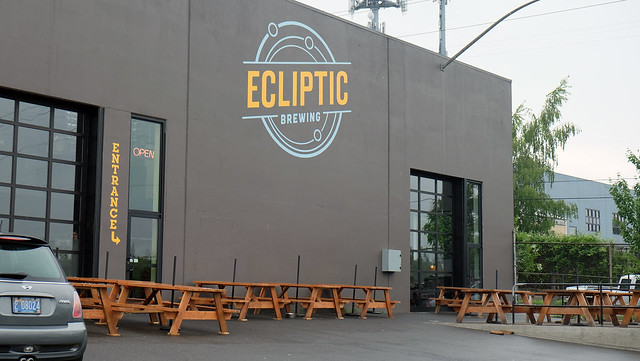 Last we visited McMenimans Kennedy School, which is basically like an adult summer camp. It used to be a school, but then at some point it wasn’t anymore, and later it was converted to a creative space. There’s a movie theater, outdoor giant hot tub, restaurants, bars, cigar room, and a guesthouse. Oh and I can’t forget that they have a brewery too. They actually brew beers in what was once the girls bathroom. There were awesome murals on the wall and just art everywhere. I loved it there. (I had tried booking a room there but they were full up two weeks before our trip). 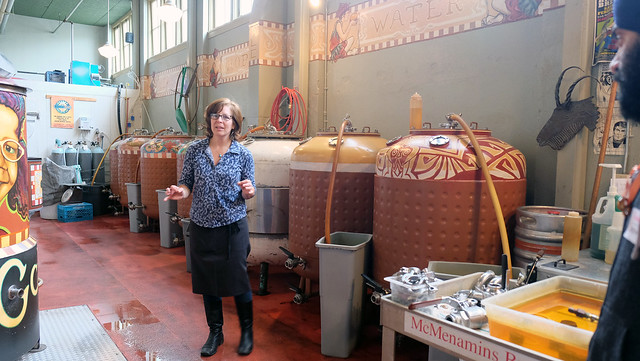 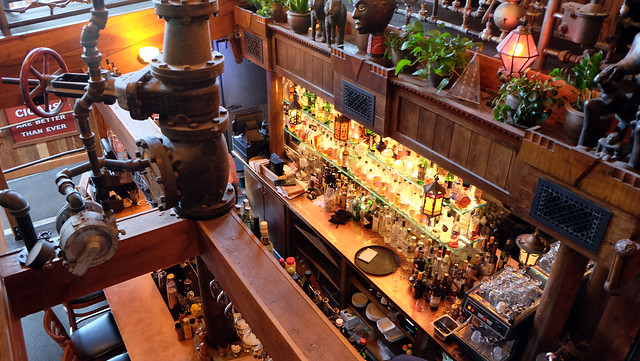 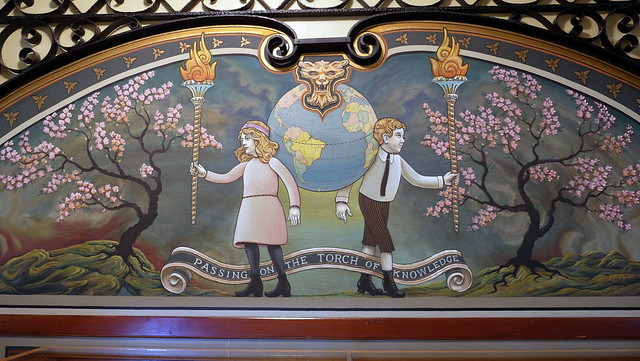 The next day we did a big wander on both the west and east sides of Portland. Over on the east side, we visited Hair of the Dog Brewing Company. I had a delicious black currant cider and Bob tried a few of the microbrews. We ordered the cheese plate to go with it, and spent the rest of the afternoon mildly drunk.

Our last day in Portland, we did another wander of the east side, and this time visited Cascade Brewing Barrel House which specializes in sour, lambic-style beer. Most of the beers were a little too sour for our taste, but it was still a nice space and the sun was starting to come out that afternoon. We had a nice sit on the front garden reflecting on how lovely Portland is. 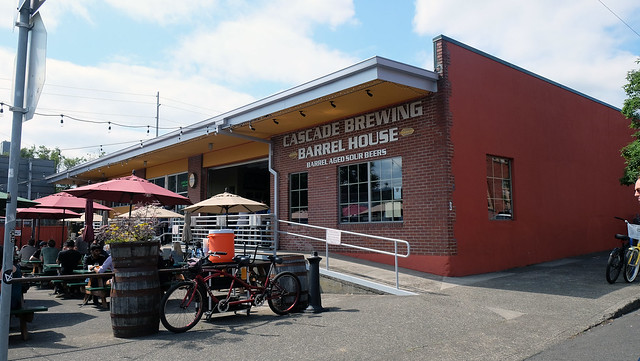 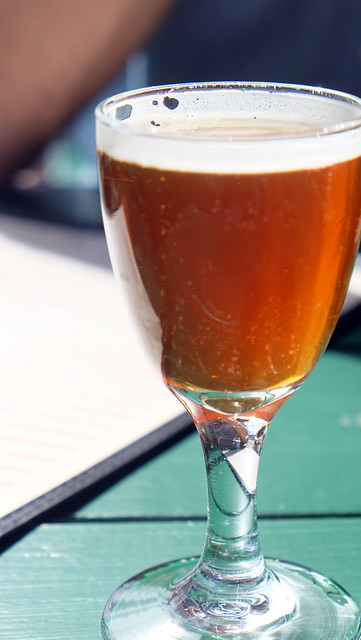 After we were done at Cascade, we wandered over to Base Camp Brewing, which styles itself after a base camp on Everest. They had huge indoor and outdoor space, with food trucks next door. Overall we were very impressed with how seriously Portland takes its leisure activities. I didn’t take any photos unfortunately.

We managed to go to the Pacific Pie Co twice in two days, but never once got a slice of fruit pie. I regret this greatly. Instead we got shepherd’s pie, cottage pie, and for brunch the next day we got french toast and a pulled pork hash. All delicious. 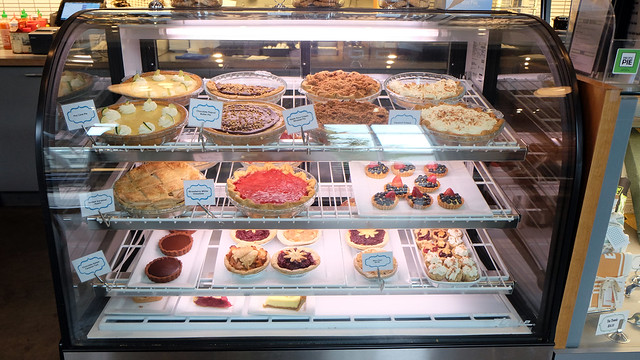 Cute shops in the Pearl District 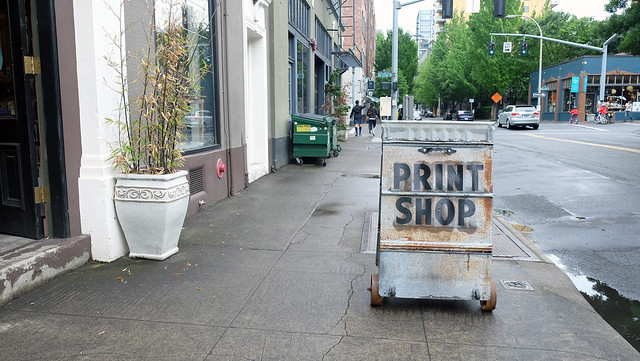 Portland Saturday Market (this isn't actually the market, but nearby) 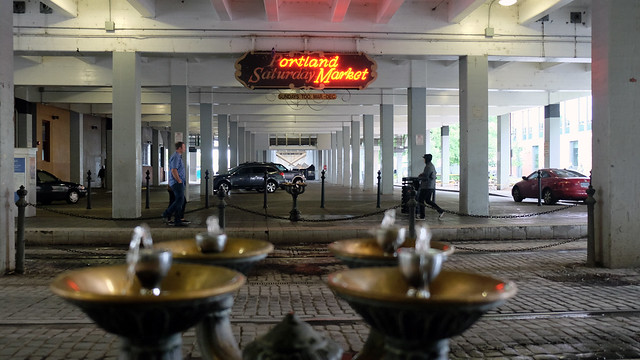 Voodoo Donuts (we did not partake due to the line, plus Blue Star is probably better... 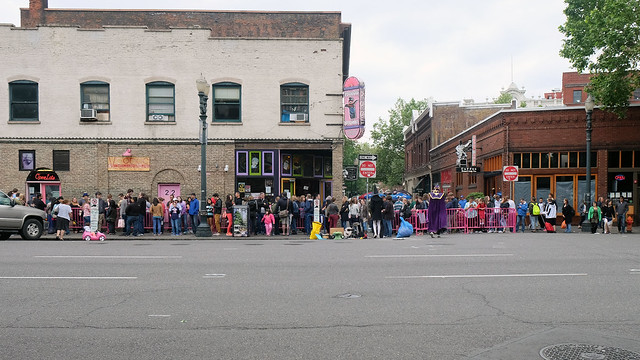 Powell's Books (one of the last great book stores) 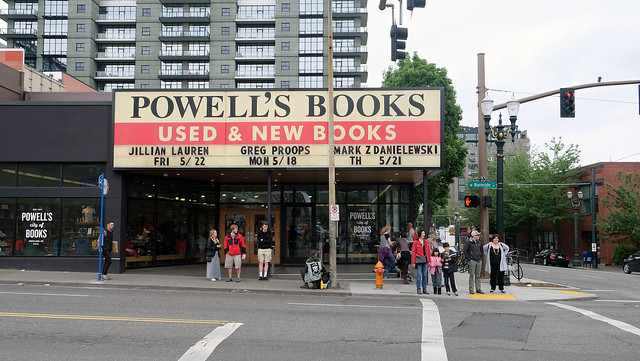 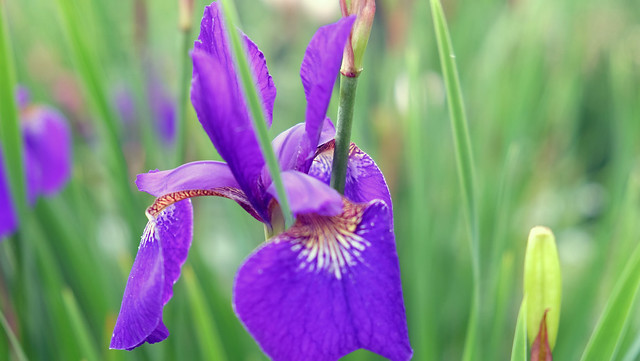 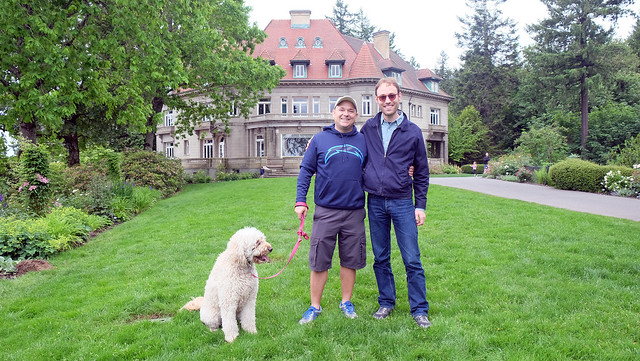 Bob, and I in my new hat 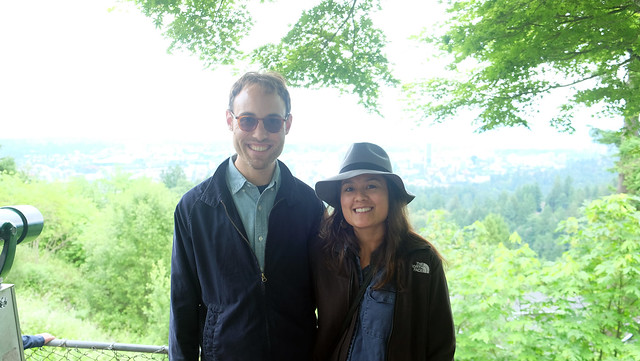 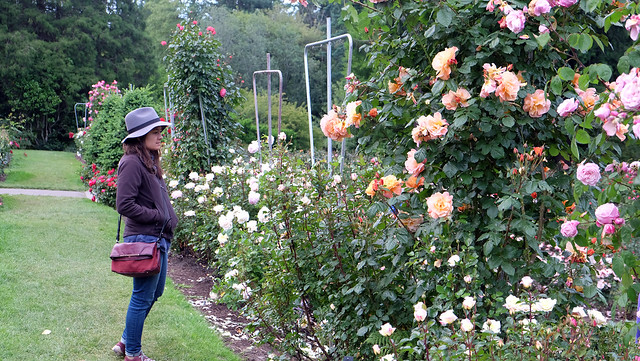 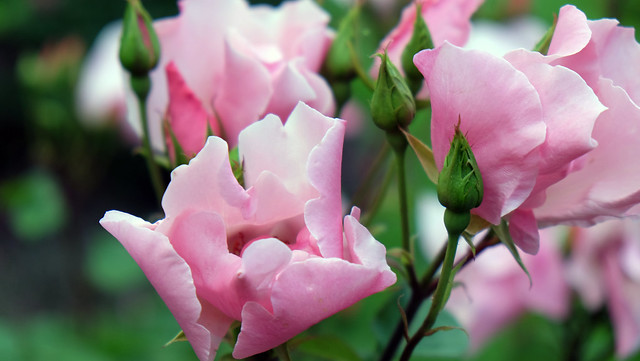 Over on the east side I didn’t take as many photos. It was definitely more spread out and chill than the west side. We got Blue Star donuts again (the first time we got it was over on NW 23rd), walked a bunch and then got lunch at Lardo. Walked some more and hit up Cascade and Base Camp Breweries (see above). 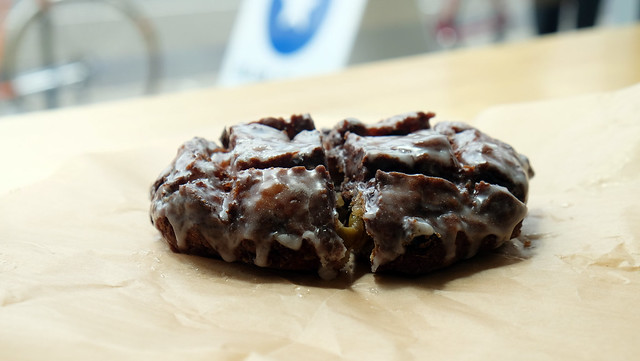 Burnside Skate Park - Bob and his friend visited this park long ago and it was fun to see it still surviving under the bridge. 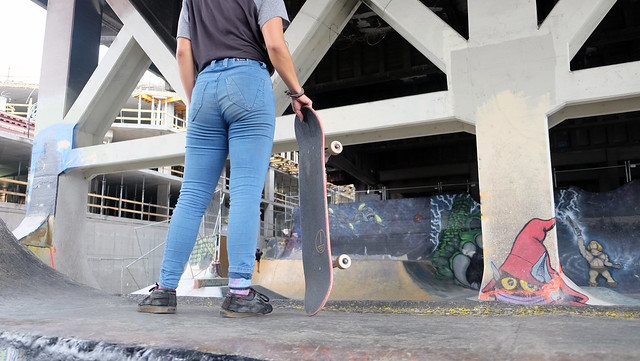 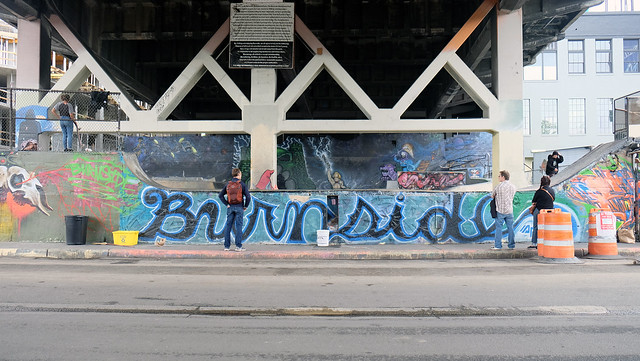 All in all a great trip. Portland is a good-sized city but small enough to literally walk all over it in a day (if you’re ambitious). We clocked 10 miles on our last day!