The second weekend in March we managed to make it down to Big Basin for a lovely 6 mile hike. I found the route we followed from Everytrail but we followed it in reverse.

The drive down there was a little long, and the winding, one-way roads were tedious. Once we arrived at the park around 2:15pm and paid our parking fee, it took another while to find a spot to park. The small lot was already overflowing, so the only place to go was further into the park on another one-lane road. We eventually landed near the Maddock Cabin site, which was convenient since we could pick up the trail right away. 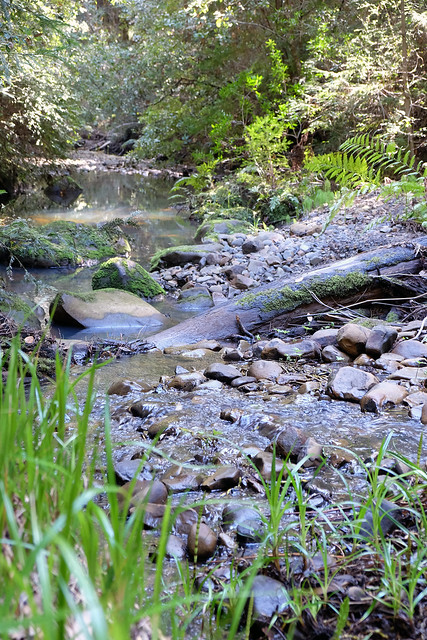 The hike started in a valley along a creek. 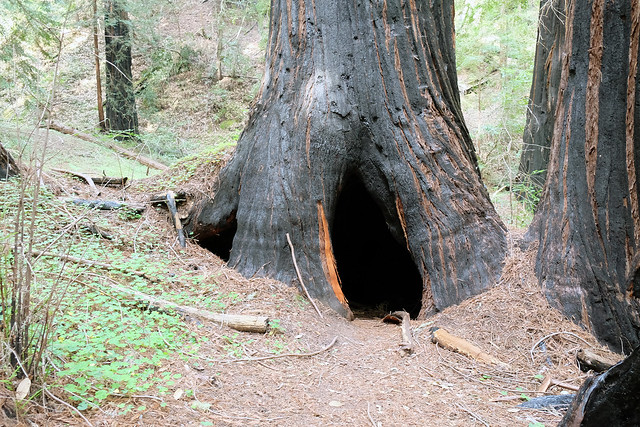 It was shaded and cool and damp with lots of redwoods 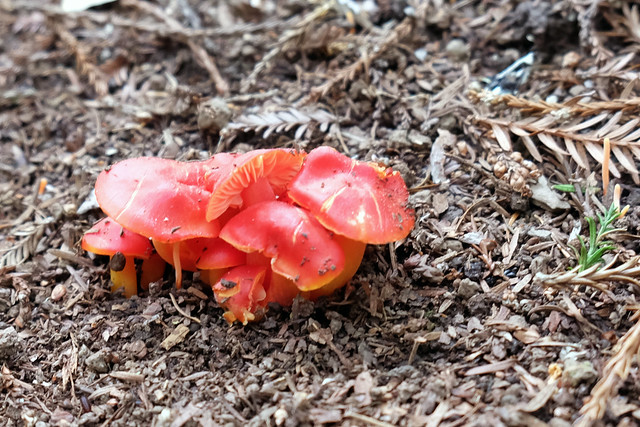 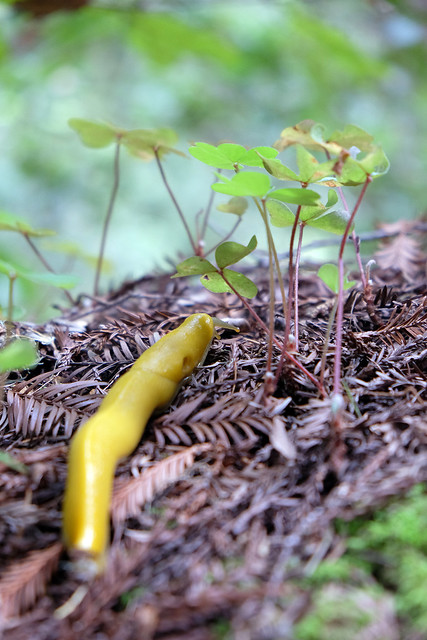 We even found a banana slug! For some reason I always thought they were much larger, like the size of an actual banana. 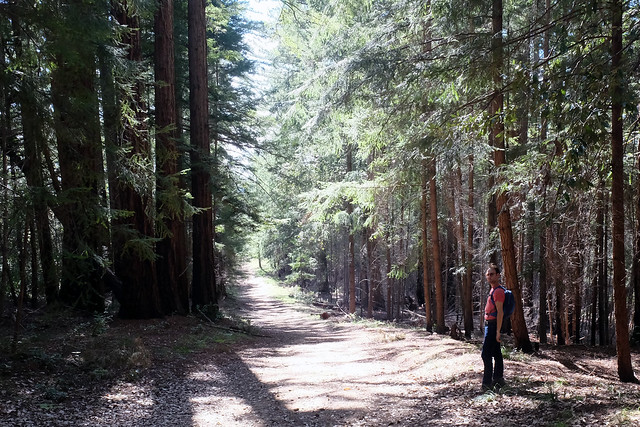 Soon the trail started climbing up and up. We got a good bit of aerobic activity in, and we were rewarded with a long flat stretch of the trail in the sunshine along the ridge. There was a bunch of white sand along the trail and it was so warm, it felt like we should have brought towels to lay out like we were at the beach. 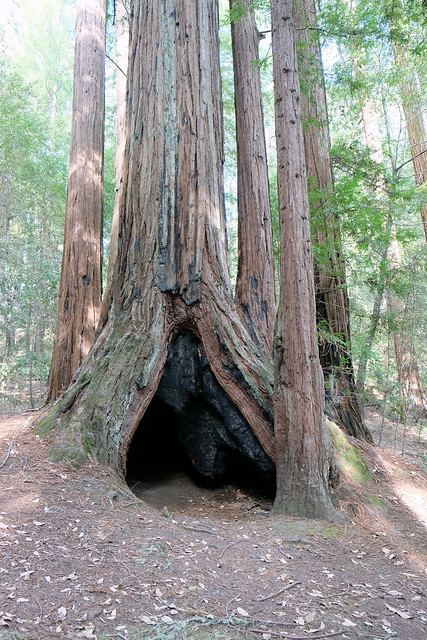 There was a lot of evidence of past fires, and amazingly many of the trees were surviving, 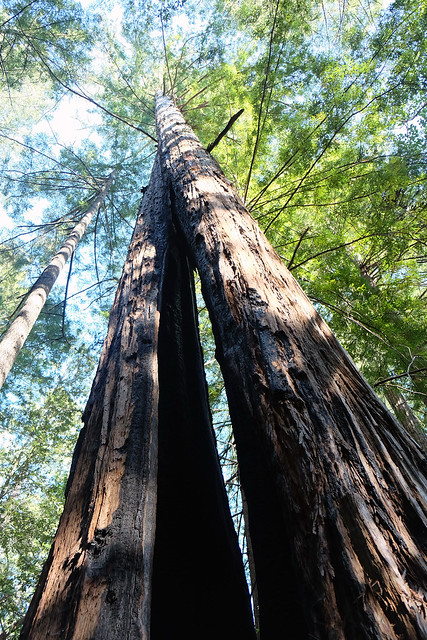 including this one that had a hole in the middle (it's not two trees growing together). 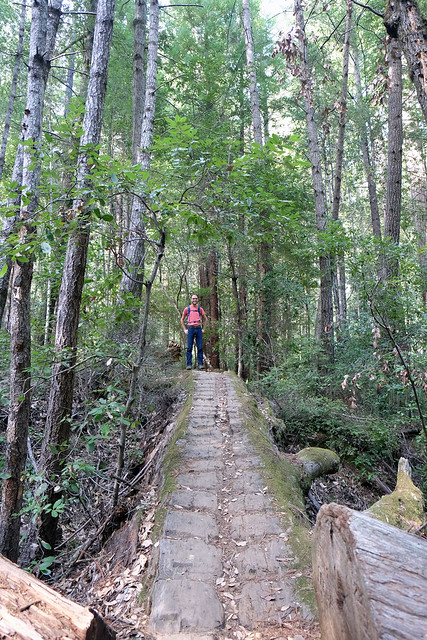 There were fun bridges made out of single fallen tree trunks (this was only half of it). 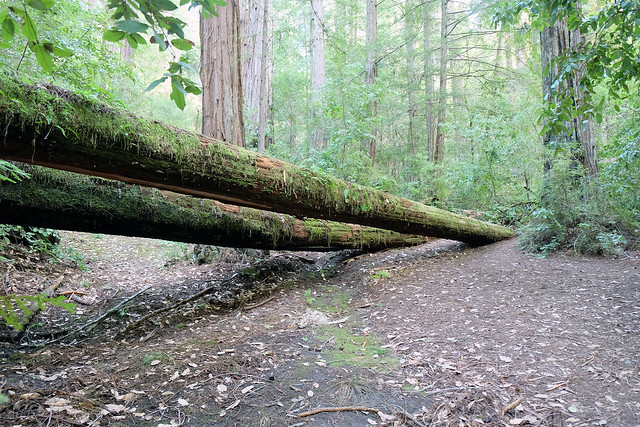 Back down in the valley it got damp and mossy again. 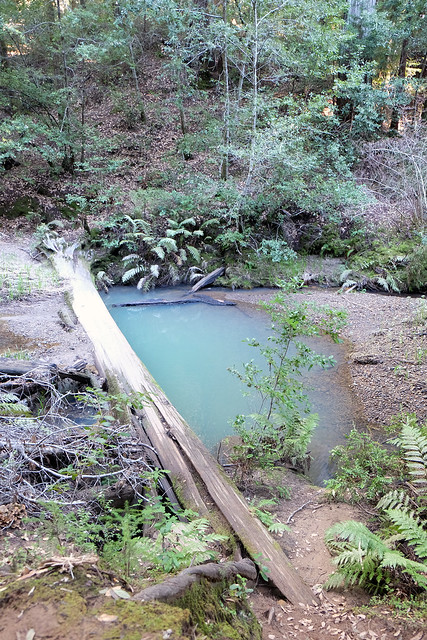 The creek water had a milky quality to it, it felt so magical! I love Big Basin!

Our hike started at 2:30 and we were back at the car by 5:30pm. Always preferring to sleep in on the weekends, it’s nice to know there are beautiful places like this within a couple hours’ drive and you can still make it home for dinner at a reasonable hour. Regardless of all the small annoyances in getting there, it was completely worth it to get down to Big Basin! There’s something about spending time in nature and working up a sweat that resets your brain for the work week ahead.